Poverty is about more than just money, but a lack of money is the defining feature of being poor. Poverty is a very real issue in the UK today.

The sociologist Peter Townsend, who was a founding member of Child Poverty Action Group, defined poverty in 1979:

"Individuals, families and groups in the population can be said to be in poverty when they lack resources to obtain the type of diet, participate in the activities and have the living conditions and amenities which are customary, or at least widely encouraged and approved, in the societies in which they belong."

This shows how important it is to understand that poverty is relative – you are poor if you are unable to live at the standard that most other people would expect. A child can have three meals a day, warm clothes and go to school, but still be poor because her parents don’t have enough money to ensure she can live in a warm home, have access to a computer to do her homework, or go on the same school trips as her classmates.

Find out more about measuring poverty 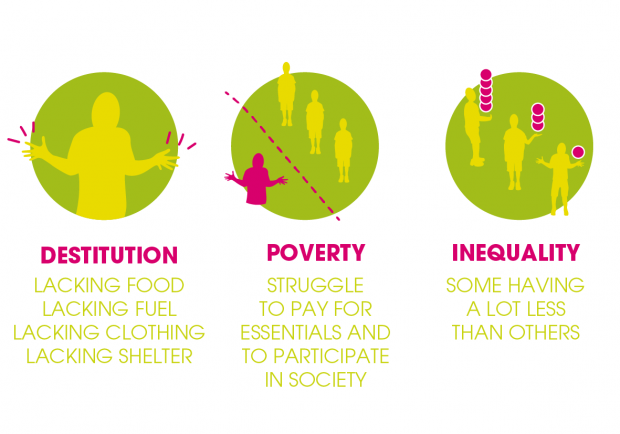