Child poverty in Scotland: The facts

Almost one in four (230,000) of Scotland’s children are officially recognised as living in poverty. (Source: Scottish Government)

In the absence of significant policy change, this figure is likely to increase in the coming years, with Scottish Government forecasts indicating that it will reach 38% by 2030/31. Analysis by the Resolution Foundation suggests the Scottish child poverty rate will be 29% by 2023-24 - the highest rate in over twenty years. This would reverse the fall in child poverty observed in the UK since the late 1990s (Source: IFS).

What is child poverty?

Child poverty means growing up in families without the resources to ‘obtain the type of diet, participate in the activities and have the living conditions and amenities’ which are the norm in 21st century Scotland (Townsend, 1979). Children are considered to be living in poverty if they live in households with less than 60% of median household income. This is the key measure used by UK and Scottish Government.

From latest figures (2016-19) a family is considered as in poverty if they are living on:

What are the effects of child poverty?

The effects of child poverty should not be underestimated.  Experiencing child poverty can undermine the health, wellbeing and educational attainment of children. For example, Scottish Government statistics show:
•    61% of low-income families with children in Scotland can’t afford to make regular savings of £10 a month or more.
•    51% report that they don’t have a small amount of money to spend each week on themselves.
•    10% can’t afford to have friends of their children round for tea or a snack once a fortnight.

We also know that:

As well as being harmful to children and families child poverty has a wider cost for society. A 2013 study estimated that the high levels of child poverty in the UK are currently costing the country at least £29 billion a year. This includes the cost of policy interventions, long term losses to the economy, lower educational attainment and poorer mental and physical health. (Source: Donald Hirsch)

Characteristics of child poverty in Scotland 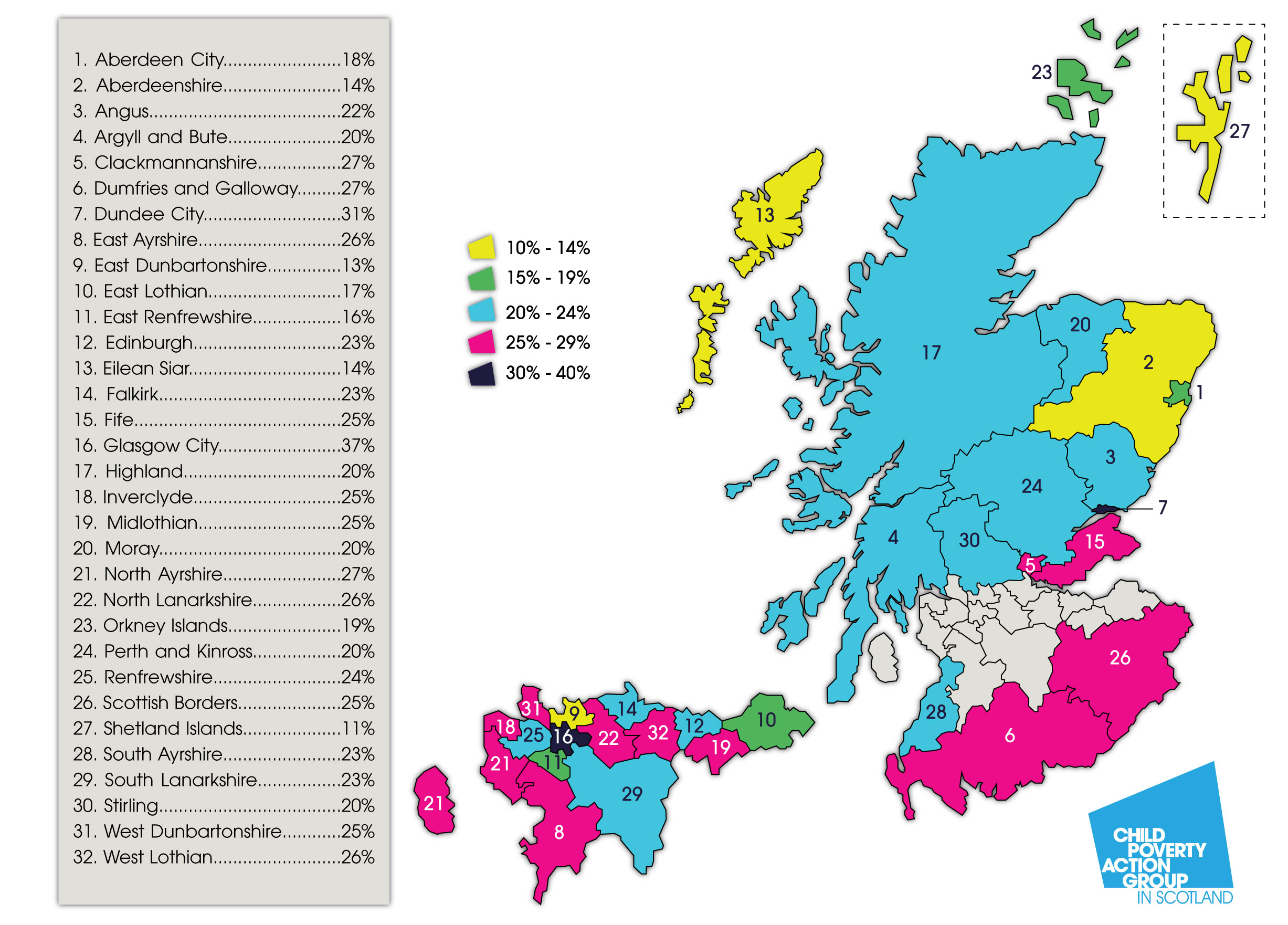