the impact of your donations

£292.6
million secured in assistance for low-income families during COVID-19
100,000
families potentially helped through our legal action in the courts
33,340
families supported through our helpline for advisers
3,411
children reached directly through poverty proofing the school day

CPAG is the nation’s leading charity working to keep everybody’s head above water and to prevent child poverty. Backed by many supporters and donors, we have made a positive difference to hundreds of thousands of children and families living in poverty since CPAG was set up in 1965:

Lifting over one million children out of poverty

In the 2000s we worked through the End Child Poverty coalition, which we now host, to secure a comprehensive child poverty strategy, culminating in the Child Poverty Act in 2010 committing the government, for the first time, to legally-binding targets for poverty eradication. As a result, 1.1 million children were lifted out of poverty.

We successfully piloted welfare rights advice for parents in school settings. We were able to reach groups less likely to seek advice from mainstream advice agencies, namely women and people from a BME background, and more likely to access advice when it is available at a school.

Marcus Rashford's campaigning has shone a spotlight on what CPAG and many others had been calling for - that more children should get free school meals. We recognise the value of universal free school meals, and back in 2014 were instrumental in persuading the Scottish government to commit to the introduction of free school meals in the first three years of school following their introduction in England.

If we want to tackle poverty, every child from a low-income household must be able to make the most of the school day.

That’s why we set up our Cost of the School Day programme: helping school communities identify and overcome cost barriers that shape and limit children’s opportunities at school. This project sees children, parents and school staff identify these cost barriers and take action to remove them. Read about some of the successes so far.

This new work builds on our existing Cost of the School Day project in Scotland supported by the Scottish Government, with the addition of the ‘poverty proofing’ expertise of our partners Children North East.

Our work in Scotland, led to the announcement of a minimum £100 school clothing grant across Scotland for eligible families.

CPAG has successfully challenged unjust and unlawful policies to protect people in vulnerable circumstances, such as survivors of domestic abuse, refugees and disabled children.

Our work led to improved processes for domestic abuse survivors so they can access child benefit quickly.

2,000 families a year stand to receive bereavement support payment worth up to £10,000 thanks to our legal win on behalf of two fathers left caring for their young children after their mothers died, and denied the benefit because they were not married nor in a civil partnership.

We won our legal challenge on employment and support allowance underpayments for those who were moved over from incapacity benefit. This means 70,000 disabled people will receive money (in some cases thousands of pounds) they should have had all along – money that will help support them and their families.

Our High Court case challenging the two-child limit (which limits tax credits and universal credit to two children in a family in many circumstances) partly succeeded, and now kinship carers and adoptive parents are exempt from the limit in all circumstances.

Improvements to our social security system

“My children are bright, ambitious and talented as are so many others, why should a welfare framework that could easily support their ability to reach their full potential be the main cause of halting it?”

29-year-old mother of two boys, represented by CPAG, who won her case

CPAG galvanised support to ensure the successful introduction of child benefit in 1977. In 1991, after a campaign stretching back to 1985, we won the campaign to save child benefit. We formed a coalition of 70 organisations including other major children’s charities, women’s organisations, church bodies and trade unions.

More recently, universal credit waiting times have been reduced after CPAG and many others highlighted how this was affecting families in poverty, and three-year universal credit sanctions were abolished.

We persuaded the Department for Work and Pensions to increase the childcare element of universal credit from 70 per cent to 85 per cent.

Following sustained pressure from CPAG and others, the government increased universal credit work allowances for families with children by £1,000 a year starting in April 2019. That means up to £630 a year (just over £50 a month) in the pockets of these families.

We persuaded the Scottish government to adopt many of the principles and provisions we put forward in the new child poverty and social security legislation, including clear targets towards ending child poverty and duties to produce national delivery plans. We also led calls for the Scottish government to use their new devolved social security powers to introduce an ‘income supplement’, and they've now announced the Scottish Child Payment. Our campaign on school clothing grants also led to the announcement of a minimum £100 school clothing grant across Scotland.
Read about our income supplement campaign 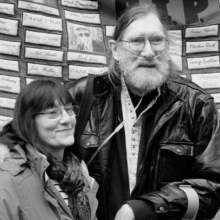 We have been successful in many legal cases challenging injustice. We won our 'bedroom tax' case at the Supreme Court - the Court found the policy discriminated against disabled children needing overnight care. Our ongoing legal challenge to the two-child limit led to all kinship carers and adoptive parents being exempt from the policy. We won our case on ESA arrears, helping 70,000 disabled people. And in our test case on universal credit assessment periods, the High Court found that the way the DWP has been assessing income from employment is unlawful.
Read more about our legal work

We have been campaigning to make universal credit fit for families, resulting in some additional money being put into the system and some improvements to its design. The government partially restored work allowances in 2018, and our campaigning also contributed to the two-child limit not being applied retrospectively. We also got additional safeguards added to help claimants in the plans for ‘managed migration’ on to universal credit. And we briefed hundreds of politicians to ensure they can support their constituents with the new benefit.
Read about the impact of our Early Warning System 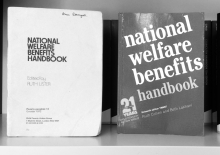 We pioneered the welfare rights movement, providing practical advice, training and publications to help people manage the social security system. Through our advice service for advisers, we help thousands of families each year.
Find out more about our welfare rights work 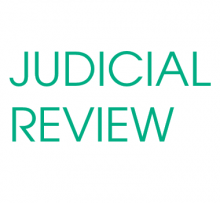 Since beginning in 2019, our judicial review project has been having an impact on those it's supporting.
Read the success stories 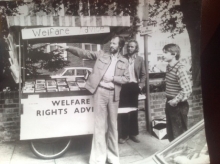 A history of campaigning

We've been tackling child poverty since 1965, campaigning successfully for universal child benefit, the national living wage and free school meals.
Read about our history and achievements

You can make a difference

We need your help to make sure those in positions of power act on our recommendations to tackle the root causes of poverty.

We provide trusted and expert information, training and advice to frontline workers to help families get the financial support they need.

We need donations to run our vital services. £3.90 a month over a year could fund an hour of our valued advice service so families in poverty get the support they need.

Where will my donation be spent?

£3.90
a month over a year could fund an hour of our valued advice services so families in poverty get the support they need
£5.50
a month could ensure 1,500 people hear about our vital campaigns and take action
£260
could fund one of our legal team to represent vulnerable people in the courts
Donate now

94.4% of your donations are spent on helping people

We put your money towards work that makes a positive and lasting difference. For every £1.00 you donate, 94.4p helps find solutions to poverty.

Read about our finances