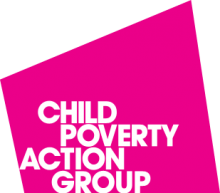 The Social Security Legislation series is a multi-volume work that is published annually in September, with a single-volume updating Supplement that is published in the following March. They are a guide to the UK social security system, which has been described as one of the most complex in Europe. Specifically, the volumes interpret the legislation for the purpose of appeals against decisions about benefit claims, which are held in social security tribunal hearings.

This volume covers non-means-tested benefits except for contribution-based jobseeker’s allowance, which is in Volume II.

2021 titles Other publishers
Related to this product

PRE-ORDER: Winning Your Benefit Appeal - What you need to know, 4th ed

Price:
£13.60
Back by popular demand, we have updated this sell-out guide to give you all the essential information you need in order to prepare and present a successful appeal at the First-tier Tribunal.
2021 titles CPAG titles What You Need To Know

Price:
£37.00
The handbook provides in-depth, comprehensive guidance on the benefits system, explains how social care operates around the UK and includes information about other services and resources for disabled people.
2021 titles Disability benefits DLA ESA PIP Other publishers

Price:
£125.00
This volume covers income-related benefits, with the exception of housing benefit.
2021 titles SSL Other publishers