Poverty across the world 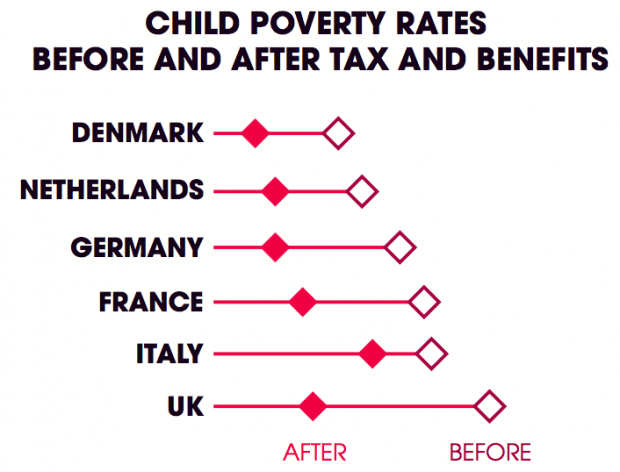 UK child poverty rates are around the average of European Union countries. Scandinavian countries have lower rates, and some Mediterranean and former Soviet Bloc countries higher rates. The United States, the richest country in the world, has the highest rate among developed nations.

The UK’s initial child poverty rate - before taking into account the effect of social security transfers - is, however, among the very highest in Europe. Only one country, Ireland, is higher. This is driven mainly by large disparities in wages in the UK compared with other European countries.

This means that the UK’s tax and benefits system works exceptionally hard to reduce very high initial poverty rates to near the European average.