The two-child limit: impact on abortion

Although I have been a fierce critic of the two child-limit, it was mainly because of its certain impact on driving up child poverty. It has done that; estimates suggest that by the end of this Parliament, more than 600,000 families are likely to be subject to the limit, pushing an estimated 1.3 million children into, or deeper into, poverty. But many critics of the policy argued that it would increase abortions. I also made this argument but with some doubts because I did not think that women having a third conception would be aware of the policy. But it seems I may have been wrong.

There is now evidence from a British Pregnancy Advisory Service study that among women who were aware of the two-child limit and likely to be affected (women in receipt of universal credit or tax credits), 57 per cent said that the policy was important in their decision-making around whether or not to continue the pregnancy.

Further, the latest ONS abortion statistics have been published covering the period up to 2019. They contain three important findings that may be related to this issue.

Unfortunately, ONS only publishes data for 0 and 1+ previous live births. But data shared with the Church of England shows that the number of abortions to women with 2+ previous lives births has risen most rapidly and especially after 2017 (see figure 4).1 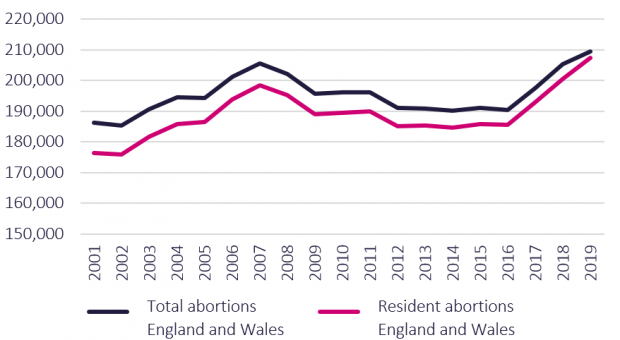 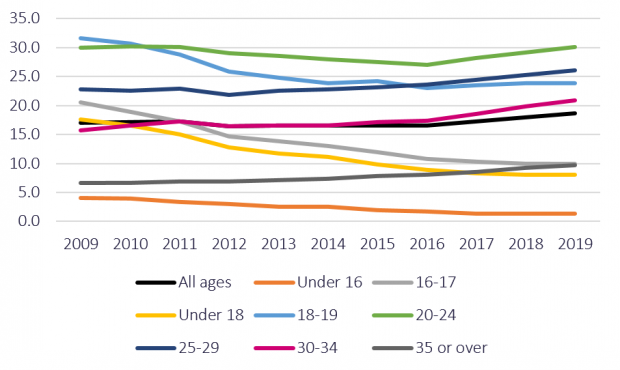 Figure 3: Abortions per 1,000 women in England by decile of the Index of Deprivation (1 most deprived 10 least deprived)

Figure 4: Number of abortions by number of previous live births in England and Wales 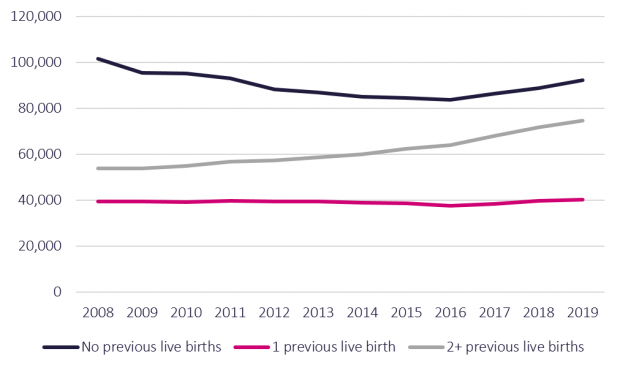 If these findings are related to the two-child policy, it is horrifying. China’s one-child policy was driven by burgeoning birth rates. We have sub-replacement fertility. There is no other country in history that has adapted social security policy to increase child poverty to reduce fertility or encourage abortion. It is a completely outrageous assault on liberty.