A 'proper meal’? Free school meals in Portugal and England 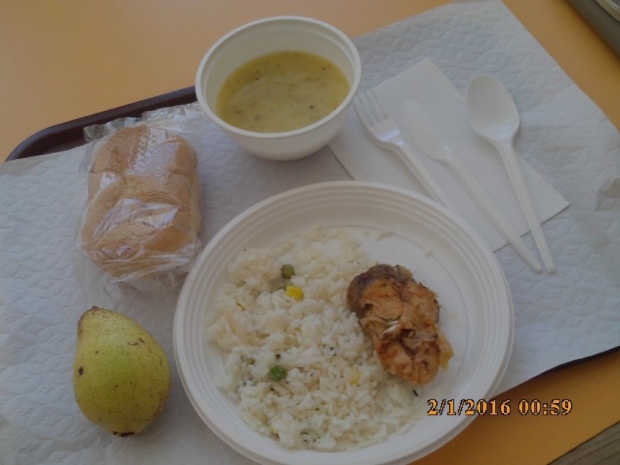 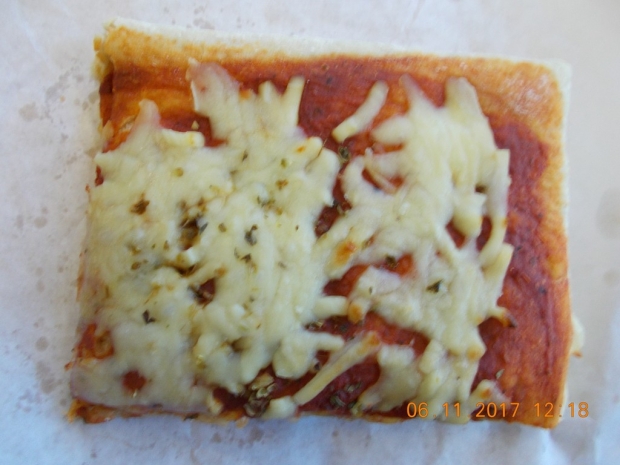 If we had not included Portuguese young people in our cross national study of Families and Food in Hard Times*, the inadequacies in the free school meal system in England might not have been quite so obvious. But looking at the photo taken of a secondary school meal in Lisbon by one of our participants (Maria, age 12), the contrast with lunch in an inner London secondary school (photo taken by Jack**, age 12) is stark. This international school meals day we explore the two nations’ approaches to school food.

Irrespective of their ability to pay, the standardised menu for all children in Portugal includes a daily soup starter, meat and fish on alternate days, bread, and a piece of fruit or jelly for dessert. There is a three-tier system for paying for school meals (and other necessities, such as books and stationery). Those in the lowest income group are entitled to a free school meal. Those in the next category pay half the subsidised cost, whilst the rest pay the full amount that is capped at €1.46.

The 11-15 year-olds we interviewed in Portugal and England for our comparative study all lived in families who were struggling to make ends meet. However, all but three of the 46 children we spoke to in Portugal were entitled to a free or subsidised meal, compared with less than half (24/ 51) of the children in our UK research.

Maria, for example, is entitled to a 50 per cent reduction in the price of her meal in Portugal. Her parents are in low-paid employment: her father works full time as a lorry driver and her mother does occasional paid work as a cleaner. Her mother says ‘while I pay €0.73 for the lunch at school, at home I cannot feed her with that money’. In the UK, however, having a parent in paid work usually makes families ineligible for free school meals, and there are no reductions. This is despite most of the children who are growing up in poverty in the UK living in households in which at least one parent works.

In Portugal, the mothers of children who were in receipt of a free or subsidised meal told us how much they appreciated it, especially the regular appearance of fish on the menu. Fish is of symbolic and nutritional importance in the Portuguese diet but has become expensive and generally out of reach for families on low incomes. More than one mother said that if it wasn’t for school meals, their children would not eat fish at all.

Children in Portugal, much like those in England, had mixed views about school meals. Some were complimentary whilst others, inevitably perhaps, complained about them. Some also complained about the lack of salt (part of school food nutritional regulations) and even mentioned sneaking their own seasoning, including olive oil, into school. Unsurprisingly, given the same meal was available to everyone, none mentioned feeling stigmatised or socially excluded at mealtimes.

Despite children’s complaints about institutional meals in Portugal, the contrast with England’s school meals is very clear. As we discuss in our forthcoming new book, Living Hand to Mouth: Children and food in low income families, children’s and young people’s accounts of school meals in England paint a worrying picture. While, for some children, free school meals are a vital health and welfare intervention, national policies mean that around half of those we spoke to were not entitled to them. Also ineligible are those children whose parents have ‘no recourse to public funds’ (NRPF). Among these, the most deprived in the UK, some young people reported going the whole school day without eating.

Children in England told us that some schools were inclusive, serving the same food for all, not distinguishing between those paying and those getting free school meals and managing to feed children with NRPF from their own budgets. However, other schools publically identified those on free school meals and limited the number of items and amount of food children could ‘choose’ with their meagre ‘allowances’ of around £2 per day.

"But thing about the baguettes is that if you're not free school meals then you get to have bigger food ... which I don't see why.  And also they have cheesecakes, so … but there’s like the smaller version and there’s the bigger version. And if you’re not free school meals you get to have the bigger version, and if you are you have to have the small version." (Murad, age 12, inner London).

In all the schools, ‘proper meals’, including a main dish and vegetables, were available alongside other options. But given children were often hungry by the mid-morning break, some spent their allowance or split it between break and lunch. This meant they didn’t eat a proper meal all day at school, instead having something like the slice of pizza, pictured, for lunch. Worryingly, some young people complained that the food was not enough to fill them up. Others did not have an allowance at all. Not eating enough, or anything, at school inevitably affected their learning.

"Sometimes you don’t have enough energy, you cannot cope in the classroom so you have to, like, try and rest a bit. You just put your head on the table and you end up falling asleep in the classroom and you get in trouble for it." (Emmanuel, age 14, NRPF, does not have anything to eat during the school day)

School meals are not a ‘magic bullet’: what is most important in determining that children and families can eat properly is adequate household income. Our research suggests that government should use living standards research to ensure that wages and benefits in combination are enough to enable families to buy food that meets their needs for health and social participation.

However, school meals are also an important determinant of children’s health. Research that compares how countries measure up in terms of World Health Organisation Recommended Nutrient Intakes (RNIs) for children finds that a larger proportion of RNIs are not met in the UK (74%) compared to Portugal (61%). Our qualitative research suggests that school meals play an important part in mitigating the effects of poverty on children’s diets in Portugal. Furthermore, given the system of universal delivery, they do so in a way that fosters social inclusion, which is vital to civic engagement and social cohesion.

With over 4 million children living in poverty in Britain today the school meal is often their main meal of the day. But the food that is on offer and that children can afford with their allowances can be woefully inadequate to meet their nutritional, energy and social needs. Some children are stigmatised while others go without anything to eat or are only given food at schools’ discretion. Given that food is fundamental to health and social participation, food poverty has violent consequences not only for individuals and households, but for society itself.

The UK can learn much from Portugal but, given the UK’s relative economic advantage, we can go further: school meals should be provided free for all children at all stages of compulsory schooling as part of the normal school day, without stigma or means testing. As Margaret McMillan argued over a century ago, if the state insists on compulsory education, it must take responsibility for the proper nourishment of school children. Or as Professor Danny Dorling wrote more recently, ‘we don’t have free school chairs or tables’; school meals should be a basic expectation of school provision. Schools are communities that need to challenge the social inequality that marks UK society and not reinforce it. Participation in a nutritious meal at midday should be the right of every child.

Living Hand to Mouth: children and food in low-income families is published by CPAG on 2nd April 2019

** Names have been changed