Bringing a motion at the Youth Parliament

Ben Lomas is the Member of Youth Parliament for St Helens. He lives in St Helens, and will begin year ten at Rainford High in September. Earlier this month, Ben brought a motion on child poverty to the Annual Conference of the Youth Parliament. We asked him about his experience. 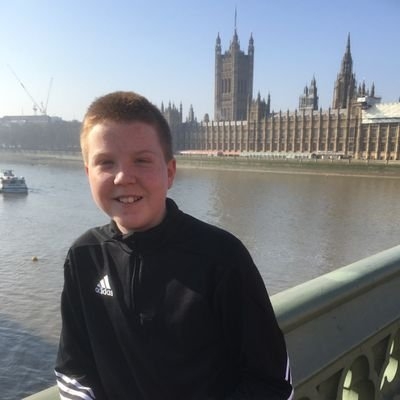 How did you get involved in the Youth Parliament?

Before I became a Member of Youth Parliament (MYP), I was part of my local youth council - the St Helens Youth Council - and while I was a member of this body, I grew a passion and an interest for current affairs and politics. Then, I found out about the MYP elections which were held from February to March, and I stood as a candidate because I believed that I could make a positive change for young people across the borough on issues such as child poverty, knife crime, and transport. During this process I had to travel to schools across the borough to campaign, and create a manifesto of the issues that I would tackle if I were to be elected. I then found out that I had won the election and so I began my two-year term in the Youth Parliament, where I represent St Helens nationally.

What made you want to bring a motion on child poverty?

When I was deciding what issue I wanted to submit a motion on to the Youth Parliament, I did some extensive research into child poverty. When I discovered some of the shocking statistics such as the fact that over 1 in 4 young people in the UK are living in poverty, and that a government report had shown that you're four times more likely to be in poverty as an adult if you are in poverty as a child, I felt so appalled at this injustice that I felt I had to try and make a change. Additionally, as an MYP, you are voted on a mandate, and so I feel as though it is my duty to represent the young people of my town, many of whom are affected by child poverty. That further made me want to tackle it, because it has a detrimental effect on a local and national scale, and is one of the great dividers in our society.

What was it like to bring a motion to the Youth Parliament? What did you have to do and how did it go?

I had to do many things before I brought my motion to the Annual Conference of the Youth Parliament in Leeds, such as writing and adapting my speech to fit a certain time frame, researching some more statistics on child poverty to help to convey to others the severity of the matter, and helping to prepare flyers on the subject, which could be handed out to other MYPs so that they had some information on the issue. Also, I found out just before the Conference that another MYP, Victor Ciunca who represents Cardiff, was also proposing a motion on child poverty which was very similar to my own, so we merged our motions into one and presented the motion together. I would say that I was slightly anxious about delivering the motion to the rest of the Youth Parliament, however when we were delivering our speeches, I think that our passion and determination to highlight the vicious cycle that is occurring across the country came through so I think that it went well. Furthermore, when it was taken to a vote, 182 MYPs voted for the motion, which was 97% of all of the votes, which means that our motion titled 'Tackle Child Poverty' is now on the Youth Parliament manifesto.

What do you hope will happen next?

Now that the motion is on the Youth Parliament manifesto, which contains over 70 motions, the next stage of the process is to create what is called the Make Your Mark Ballot, which is the largest youth consultation in Europe. Ten motions, decided by MYPs, will go on a ballot paper to be sent out to millions of young people across the UK, who can pick the issues that they think are the biggest problem to them. To make the ballot, every MYP has to choose their favourite ten motions. The most frequently chosen ten motions will then be included on the official ballot paper. Young people from across the country then each pick the two issues on the ballot that they think are the most important, and the top five motions will be debated in the House of Commons by MYPs in November. MYPs are the only people who are allowed to sit in the House of Commons, apart from MPs themselves. Then, the top two motions which are chosen by MYPs become the Youth Parliament's campaign for the next year. That means that the Youth Parliament are committed to implementing the content of the motion, which in my case calls for the government to develop a new and fully resourced anti-poverty strategy with a heavy emphasis on children and young people.

I hope that mine and Victor's motion will be chosen for the Make Your Mark ballot, so that young people can have their say on child poverty, and hopefully the motion will be debated in the House of Commons so that it gets the recognition that it deserves. However, if this goal is not achieved, then I'm still very proud of the fact that it made the Youth Parliament manifesto, and I will continue to work tirelessly to raise the profile of child poverty, until significant action is taken that will help to prevent it. This means that I hope to work with organisations such as CPAG who are ultimately working towards the same goal as me, which is to see young people in the UK have lives which are unblemished by their financial circumstances, because no child has caused poverty, and investing in children is investing in our society.